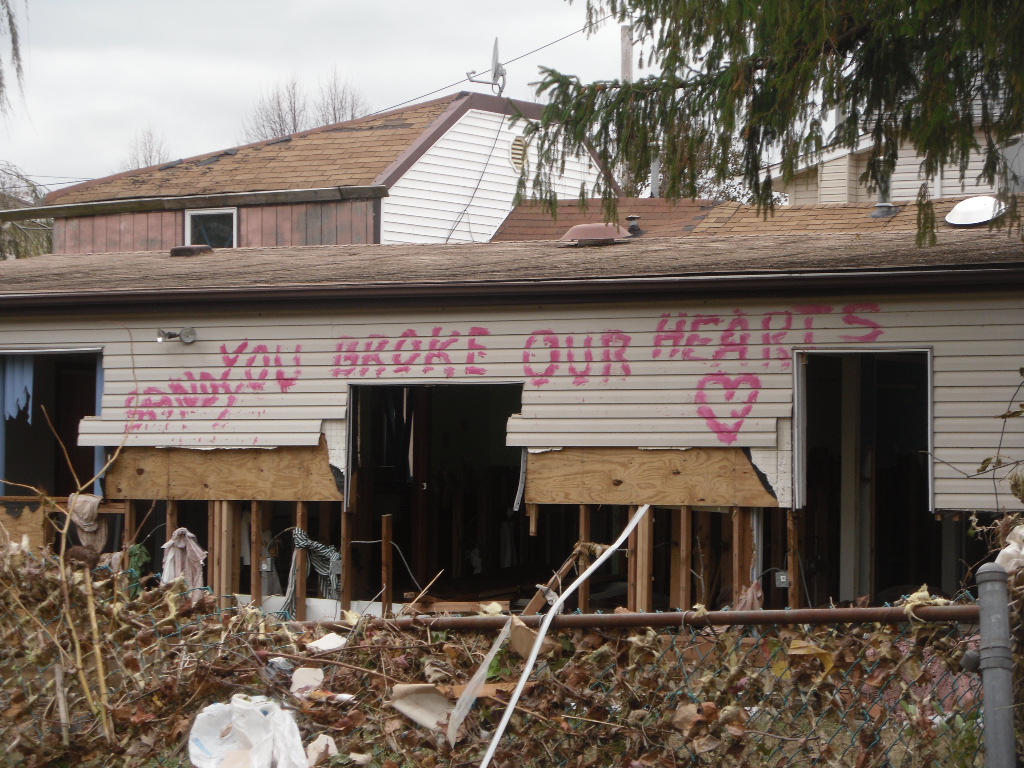 On October 29, 2012, Hurricane Sandy (unofficially referred to as Superstorm Sandy) slammed ashore with a storm surge that caused unparalleled destruction and claimed the lives of 24 Staten Islanders; among them, George and Angela Dresch of Yetman Ave., Tottenville.  Many properties from Sprague Ave. to Brighton St.  were severely damaged. Several homes, including the Dresch family’s, did not survive.  The storm caused extensive beach erosion, exposing a system of clay water pipes once buried under Surf Ave.

In the wake of Hurricane Sandy, Living Breakwaters, a coastal ecological restoration project, was designed to reduce erosion and damage from storm waves, improve the ecosystem health of Raritan Bau, and create opportunities for waterfront stewardship and recreation. The project includes marine sloped rock formations, a floating oyster nursery, and an on-land hub to provide educational, stewardship and workforce training programing and activities. The project began in 2021 and is expected to be completed in 2024.