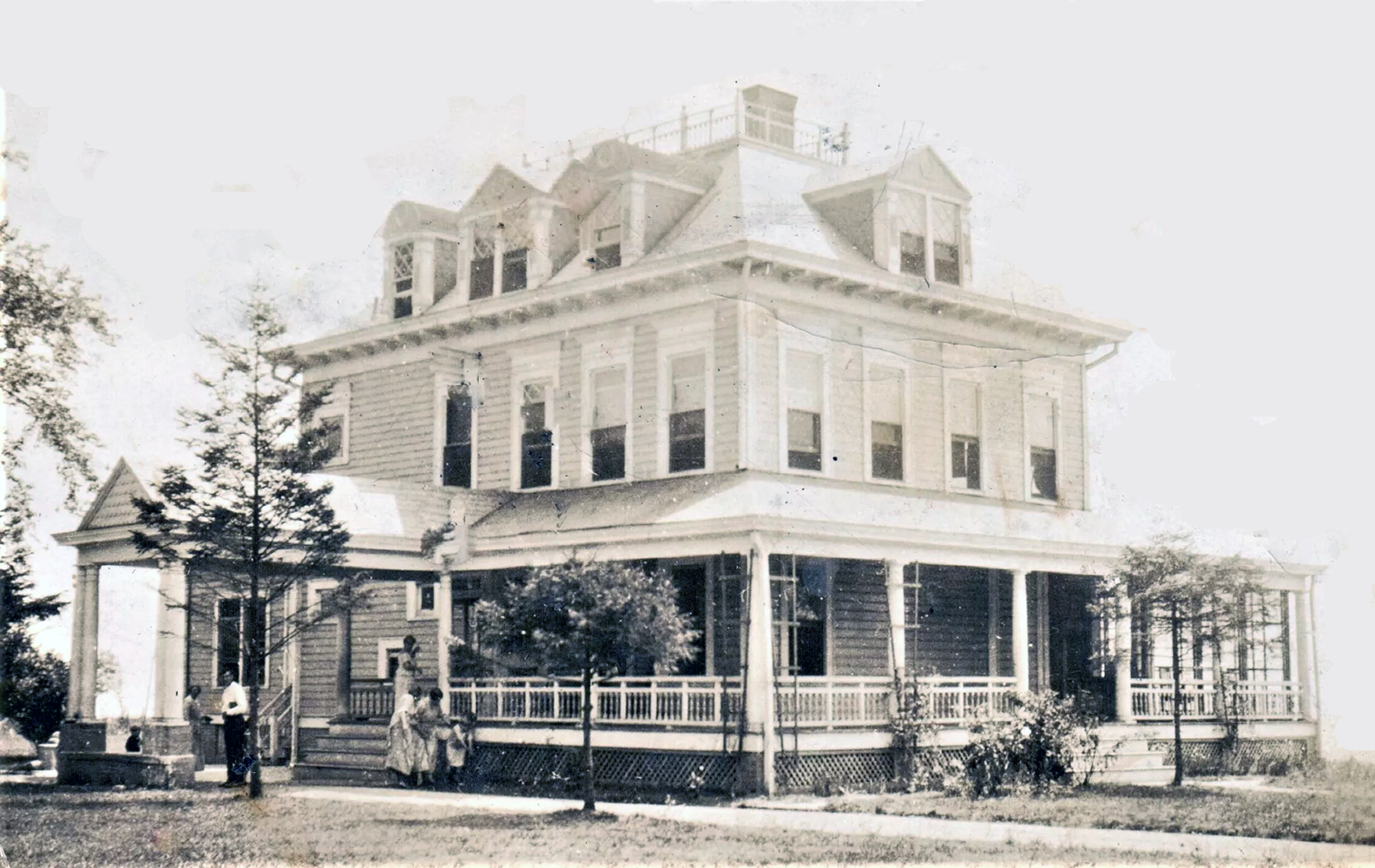 Just beyond the fishing club property were three large properties that contained spacious houses, each owned and occupied by Manhattan families as summer residences. The Kaiser house was owned by Joseph B. Kaiser, German immigrant and a prominent wallpaper manufacturer in NYC.  Joseph was a member of the New York Fishing Club.  Upon his death in 1915, the house was conveyed to his son Charles. Charles sold the house in 1921 to Charles Shortmeier, sign and wagon painter. After Charles’s death in 1924, his wife Johannah and family lived there year round until 1947 when they sold the property to the Volunteers of America organization.

The history of this impressive house is connected to wealthy 19th century NYC brewers including Ringler, Oppermann and possibly Ruppert.  The original owner of the house has not been determined. Manhattan residents Henry Hachemeister and his wife Anna Oppermann owned and occupied the house as a summer residence from 1904 to 1921. Henry was a director of the George Ringler & Co. brewery and a NYS Assemblyman (1898). His wife Anna, also a director, was the daughter of NYC brewer Frederick Oppermann. The 12-acre Hachemeister property was sold in 1921 to the Volunteers of America.

Leonard A. Giegerich (1855-1927) was born in Bavaria and came to the United States with his parents in 1856. Educated in the public and parochial schools in New York City, Leonard was admitted to the bar at age 22.  During his career, he was elected or appointed to numerous political positions including New York State Assemblyman, County Clerk, and others. He served as a Justice of the Supreme Court of New York for 35 years.  Judge Giegerich was an active member of the New York Fishing Club. After his death in 1927, the family continued to own the property and lived there year round until sometime after 1940. Giegerich Place, just north of Hylan Blvd., is named for this family.

The Volunteers of America, Inc. (VoA), a charitable organization founded in 1896, established a home for underprivileged children at the foot of Joline Avenue around 1915.  In 1930, there were 18 residents, ages 3-14. Several years later, a VoA Fresh Air Camp was opened. Children from the tri-state area arrived by bus and station wagon to spend several weeks in the outdoors.  The Great Fire of 1963, a devastating series of fires which devastated much of Staten Island’s South Shore, destroyed most of the camp. Today, the Volunteers of America-Greater New York operates the Staten Island Early Learning Center for children with developmental delays.